Winner All The Way.

Last year we launched a competition to win a wedding gown to the value of £1,000, a headpiece or accessory to the value of £100 and a studio photography session and DVD slideshow valued at £350
It was a HUGE success and our winner recently tied the knot and have some amazing images.
However, there was a second prize of which I'd like to tell you more about.
The competition basically asked engaged couples how their better halves got down on one knee.
Second prize was to receive a £75 voucher to put towards a bridesmaid gown supplied by a local bridal store.
Unfortunately for Louise, she was unable to redeem her prize, so when I heard about it I contacted Louise to see if there was anything she needed for the wedding.
She hadn't yet found her veil or novelty veil and top hat with Mickey/Minnie mouse ears (you'll understand why in a bit) and with a tight budget due to a baby on the way, I told her not to worry. We'd supply whatever she needed.
Louise gave us her 'Down on One Knee Moment'
"Ian proposed in front of Mickey Mouse at Disney land Paris in November 2009. We had a change of wedding date from June to April 15th 2011 as we found out we were expecting a baby in June. We had a Disney themed day with hot pink and orange colour scheme. Photographs taken at Colchester castle park and reception at rugby club. We had sweetie buffet, quiz in the afternoon and fish and chips for the wedding breakfast with an 99 ice cream van as a pudding surprise! Cupcakes with a mickey mouse head and sparkles on top too!
It was also my nanny and grandads 60th wedding anniversary the day before so they had a cake to cut too! Was a fantastic day- I was exhausted by the end especially as bump was pretty much dancing along all day too! Wouldn't change a thing though. It was an amazing day, really personal. We worked hard making everything for the day but it paid off seeing the smiles from everyone we love and care about.
I think you'll agree what a beautiful, blooming bride! 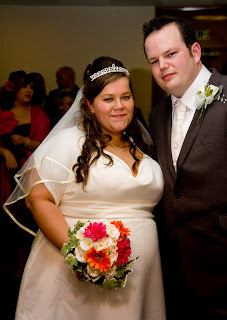 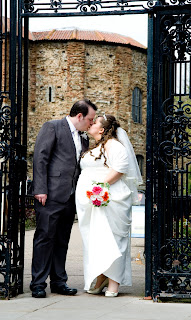 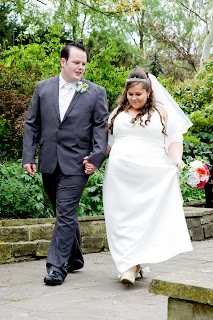 Linda Davey
Lover of tea served in a vintage cup and saucer, cupcakes and sparkly, pretty things. Have been known to drag Mr. D around all the wedding fairs and have recently educated him with the differences between silk, satin, organza and chiffon. Wishes he was nifty with a thimble!


It won't break the bank!

Knock off's? I don't do those.

From Design to Dress.

Alterations and why they cost so much.

As recommended by me.

Getting your underwear right.


Sharing The Wedding Love Links With 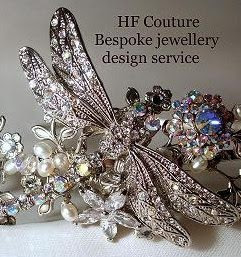 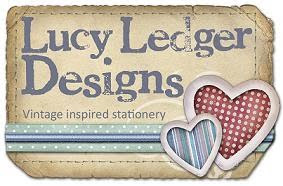 The images below are used by kind permission. Please click to view the wonderful websites.